Own A SEAT Vehicle In The Greater St. Louis Area?

Do you need automotive services for your SEAT vehicle in the greater St. Louis area? Look no further than the automotive technicians at Luxury Import Auto Repair Service. Our Automotive Service Excellence-certified technicians are experienced working with, repairing, maintaining, and even upgrading SEAT vehicles (along with a list of other makes and models) so car lovers like us can get the most out of their vehicles.

We offer the following SEAT services:

When you own a luxury import vehicle, it can be especially difficult to find auto service providers who are equipped to help you and your vehicle. Fortunately, for import auto owners in the greater St. Louis area, at Luxury Import Auto Repair Service, we specialize in servicing luxury and import vehicles — no more worrying whether the mechanic actually knows how to work on your vehicle, instead you can rest easy that your automobile is in great hands.

To learn more about the SEAT auto services we offer, click the links above. And contact us today to get started!

A Brief History Of SEAT Automobiles 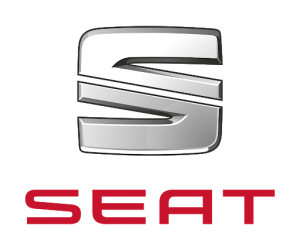 Did you know that SEAT is actually an acronym? And that acronym was originally SIAT? Back in 1940, SIAT, or Sociedad Ibérica de Automóviles de Turismo, was created by some industrialists in Spain. With initial intentions to privatize as time passed, ultimately, the company decided to become the national car manufacturer in Spain.

This brings us to 1950 after a decade of hardship resulting from WW2 and the Spanish Civil War. At this point, SIAT turned into what we have today — SEAT, or Sociedad Española de Automóviles de Turismo.

What’s interesting is that when SEAT was officially formed, it was on the back end of a deal on Spain’s part with Fiat, the beloved Italian vehicle manufacturer. While SEAT was excited to pave its own way and define what it meant to own a Spanish vehicle, both Spain and SEAT recognized the need for an ally who had experience with vehicle development, manufacturing, and distribution.

Following the partnership with Fiat, SEAT began producing vehicles. Through the 50s, 60s, and 70s, SEAT began carving out it’s seat at the table, and gaining a name with the help of Fiat’s expertise. However, in 1975, SEAT released its first entirely self-design and produced vehicle. By this point of its history, SEAT was a major contributor to the Spanish economic revival, due to the fact that they employed so many people and produced successful vehicles. 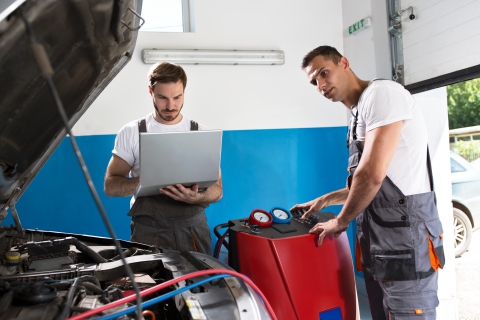 Unfortunately, Fiat and SEAT had a falling out in the 1980s, however, that didn’t stop SEAT! They persevere, creating a partnership with Volkswagen and continuing production. Now, Volkwagen is the primary shareholder of SEAT and they continue to produce reliable, popular, and stylish vehicles.

Through the history of SEAT, many other events and business dealings happened, however, we just wanted to give a broad overview of this impressive automotive manufacturing. When it comes to the vehicles they have produced (and still produce today) SEAT is known for great consumer cars, rally cars, touring cars, and even formula race cars!

If you own a SEAT automobile of any type or year and need it to be serviced, don’t hesitate to connect with the experts at Luxury Import Auto Repair Service. Contact us today through the form below to get your questions answered or to arrange services