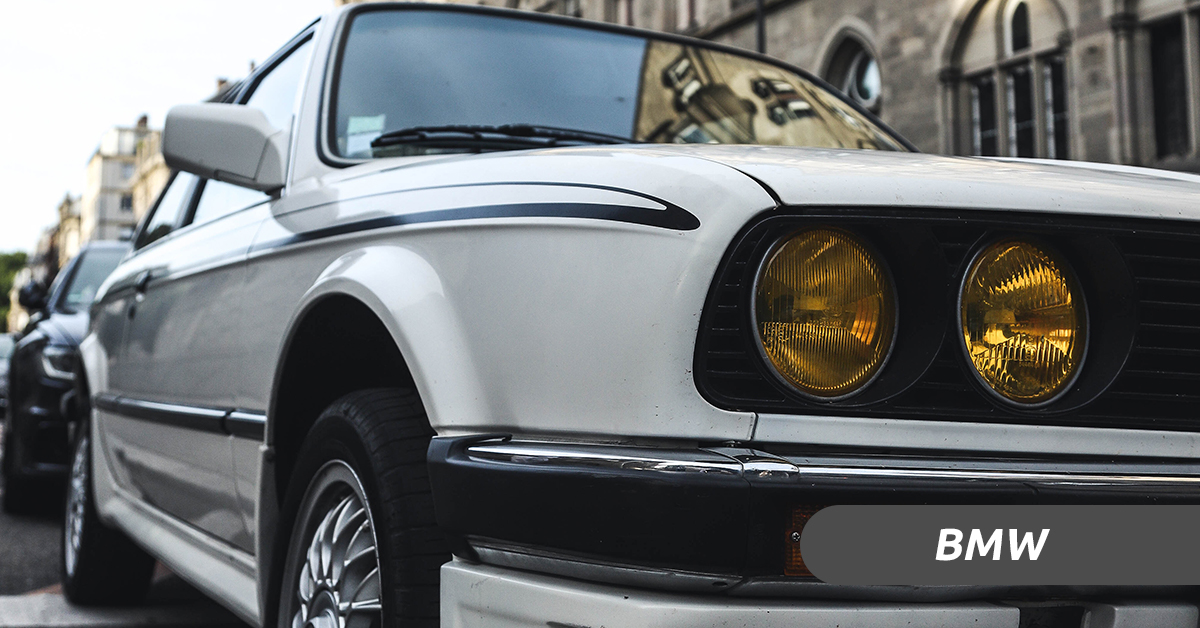 For decades, BMW has been synonymous with quality. Throughout the years, those who drive BMWs have grown in number and each year they become more loyal than the last to the brand they love. They’re more than a luxury car, they’re a performance vehicle with luxury standards and it shows  in every model in their lineup. This level of quality and performance is regularly punctuated by the brand’s rich and growing history.

The Origins of a Legend

The BMW brand goes all the way back to the year 1916, when several advanced engine companies became one, though they were called (BFW) at the time. The logo was created shortly afterward, and like classic brands like Coca-Cola, it hasn’t really changed since. It’s always included the stately silver lettering in a black ring wrapped around the cross-sectioned Bavarian state colors. It started as only an engine manufacturer and soon grew into a company that produced state-of-the-art vehicles too. In 1932, they moved on from just motorcycles as their only complete vehicle product to automobiles as well.

For several years during WW2, BMW stopped manufacturing anything but airplanes and their engines. Once the war ended, the U.S. military ordered the various automotive plants to be dismantled and forced BMW to lose the power of disposal until 1955. Unfortunately, much of BMW’s factory equipment was dismantled and shipped all over the world as reparation for the war.

Due to the company’s dark and littered past couple of years, they were forced to start small once more in the form of a legendary motorcycle. They released a very popular bike, the R24, which enhanced their previous models attractive assets and fixed many of the bugs. The first real post-war BMW vehicle after their bike was the 501, a classically styled 50s car with dramatic German swoops in the body styling and a nearly Rolls Royce-like grill and hood styling, though this was hardly the break-through vehicle they needed to rise above the rest. That industry changing vehicle didn’t come to fruition for BMW until 1961, when they released the 1500 model.

With the 1500 model, BMW was able to shake free of the bonds of the war-time perception of the brand because they created an entirely different class of vehicle for a previously untapped market of people. With one vehicle, they created what would eventually become the first sedan, though their version held a certain BMW flair to it that future models from other manufacturers would not. The 50s through the 70s were populated heavily by folks who could easily be called “nuclear families.” In terms of vehicles, you could only find rather large, cumbersome models but the 1500 model sedan changed all of that. With this model of vehicle you could get the 4-door you needed to accommodate your family with a good sized trunk for weekend getaways, but under the hood, you’d have a sports-car worthy engine that could get your heart beating faster.

This one vehicle put BMW in the running again and they’ve never faltered since then.

Keep The BMW History Alive With Your Vehicle

The best way you can preserve the history of the BMW brand and the inspiration behind all of the design choices and their high-quality reputation is by keeping your modern day vehicle in great shape. Your car is just another milestone for BMW to continue to grow and provide beautiful vehicles that decorate our streets and cities like rich architecture. Bring your BMW model into Luxury Import Auto Repair Specialist for advanced and experienced auto repair. We’ll help you establish the perfect maintenance schedule that will keep your vehicle running smoothly for decades to come.

After all, your BMW is made to last. Let’s make sure it does.

Don't wait for something to start going wrong with the way your BMW operates. Invest in the import auto repair that gives your car the attention it deserves. We're here to keep you on the road for as long as possible. Let's work together to keep your engine and the rest of your vehicle at the ready.