If you own a Lancia vehicle, it’s surely your pride and joy. And when it comes to a luxury vehicle, you want to ensure that it’s being serviced, maintained, and even repaired by the best-of-the-best. After all, Lancias are unique vehicles that most mechanics aren’t familiar with, which makes it all the more important to ensure you’re working with an expert.

Fortunately, Luxury Import Auto Repair Services provides the Greater St. Louis area with highly skilled, Auto Service Excellence certified technicians who are experts in any and every luxury vehicle. If you’re in need of auto services for your luxury vehicle — be it a repair, upgrade, tune-up, or general maintenance — we’re here to help.

Luxury Import Auto can provide you with the following services for your Lancia:

The Lancia Automobiles brand that we know today actually didn’t exist until 2007. What’s extremely interesting, however is that this vehicle brand has its roots based just over a century before that in 1906. Two men, Vincenzo Lancia and Claudio Fogolin, created Lancia & C. — they were professional race car drivers with a passion for automobiles who wanted to create their dream vehicles. 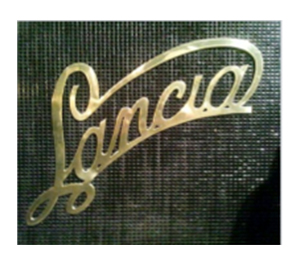 For decades, Lancia & C. were producing marvelous vehicles like the Theta, Lambda, Aurelia, and so many more that introduced countless innovations to the automotive industry. While also setting standards for class and style, Lancia & C. made automotive history by introducing advancements such as standardized complete electrical systems in Europe, monocoque chassis, the iconic “Sliding Pillar” front-end suspension, and so much more.

In 1969, Fiat bought the company — an action that ultimately saved Lancia, as it was struggling financially. Although the company had been bought-out, Fiat continued to craft incredible automobiles under the Lancia name and in the brand’s spirit. Impressively, these vehicles lived up to the Lancia legacy, becoming renowned for their performance in rally car races — many a Lancia vehicle actually have won the World Rally Championships.

As time progressed, Fiat and Chrysler became Fiat Chrysler Automobiles, and through that time Lancia has continued to remain intact. Interestingly enough, Lancias are primarily sold in European markets. You can get Lancia-crafted vehicles in the U.S.; however, they’ll be sold under the Chrysler brand.

Chances are, if you own a Lancia, you already know all of this. That said, we can’t help ourselves when it comes to these incredible automobiles — we love talking about them! We love working on them as well, and truly cherish the opportunity to care for, repair, and upgrade these timeless vehicles.

As we mentioned before, we’re experts when it comes to any and all luxury vehicles — we understand the systems your Lancia uses, how to repair them, and the proper ways to care for them. If you need a Lancia serviced in the Greater St. Louis area, we’re here and excited to take care of you. Simply contact us today via the form below to learn more and get started.